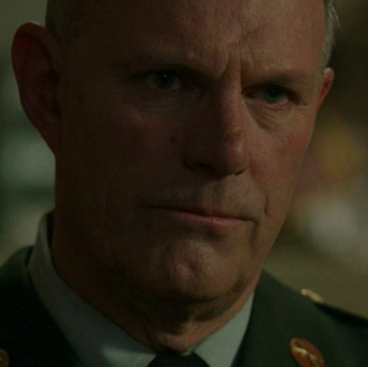 Sam Austen was the man Kate believed for many years was her biological father. He and Kate shared a great bond, and they shared activities with each other. For example they went hunting together, which is how Kate learned her tracking skills. He worked as a Sergeant Major in the US Army, in either the 1st, 2nd, or 3rd Battalion, 75th Ranger Regiment. He was romantically involved with Kate's mom, but the relationship broke down, most likely due to the prolonged occasions where Sam was required to travel. Sam also served in Kuwait during Desert Storm. It was during this time that he encountered Sayid and, along with Kelvin, was amongst the soldiers who released him. Sam Austen holding Kate in his arms Years later, Sam was confronted by Kate after she learned he was in fact not her biological father, as he was stationed overseas prior to her conception. However, Sam still loved Kate, no matter if she was his blood kin. Giving her a head start, Sam said his final goodbyes to Kate at his army recruitment office.
Back to List