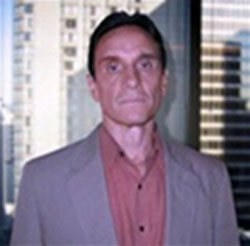 Thomas Mittelwerk, or Dr. Thomas Werner Mittelwerk, was the President and Chief Technologist of the Hanso Foundation. He was groomed by Alvar Hanso to be his successor but eventually overthrew him as the head of the Hanso Foundation. Through her research, protagonist Rachel Blake discovered that Mittelwerk has never obtained a degree at any institution in the world, making his "doctor" title a lie. Through further investigation, she discovered how Mittelwerk was now working in corrupt areas, such as organ harvesting, and how he was planning to test a deadly virus on villagers in Sri Lanka. After video evidence (the Sri Lanka Video) was released of Mittelwerk admitting to his plans, the authorities attempted to apprehend Mittelwerk. However, he managed to escape with the virus, and in the process blew up the Hanso Foundation headquarters. After Alvar Hanso released a statement, Mittelwerk hacked the website feed with his own statement saying that he would continue his plan to release the virus. Though not a real doctor by accounts, Mittelwerk does seem an intelligent man, being able to speak Korean as well as English. In fact, considering criteria for his personal assistant on hansocareers.com, the fact that he grew up in Austria (speaking German during his Via Domus appearance), and that his permanent offices were in Copenhagen (Danish), it is quite possible that Mittelwerk is a skilled polyglot.
Back to List